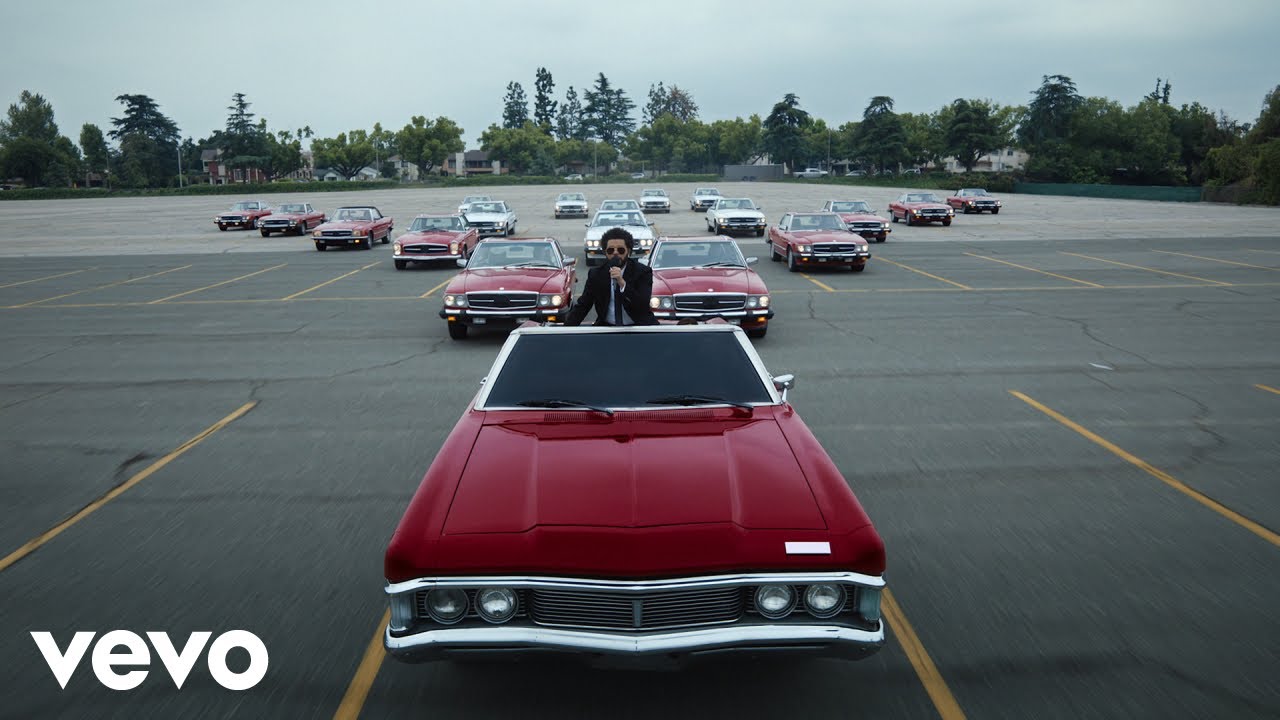 The Weeknd has given another live performance of ‘Save Your Tears’, this time for the 2021 Billboard Music Awards. Not only did he take home 10 awards, the Canadian crooner delivered an exhilarating performance of his chart-topping hit “Save Your Tears”. This time around, he ditched his signature red suit and instead opted for a long black coat and shades.

While seated in the back of a convertible, he made his way through an empty downtown L.A. parking lot as a fleet of old school red and white Mercedeses trailed behind him. At one point, he got out of the car as four white semi trucks sped past him before the cars circled the parking lot in an expertly-choreographed routine.

Abel was the most nominated artist of the evening and racked up 10 wins including Top Artist and Top Hot 100 Artist, bringing his career total to 19. While accepting one award, he announced that he is officially retiring the red suit and potentially hinted at his next album.